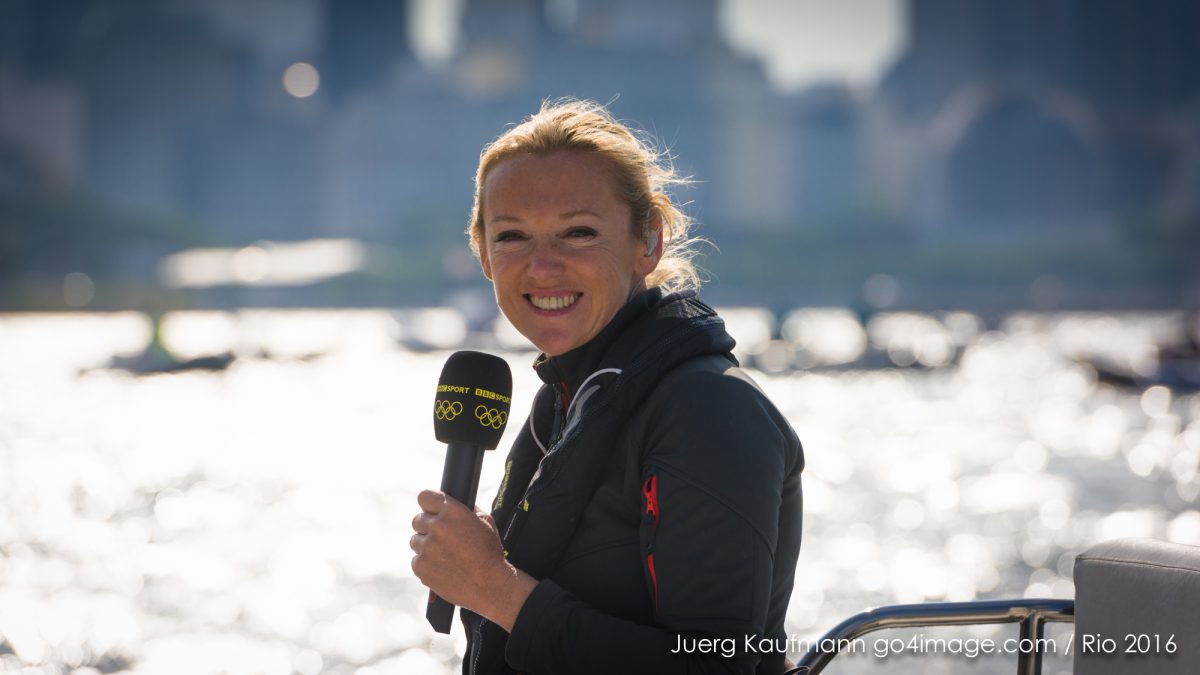 Shirley Robertson, Double Olympic Gold Medallist was born in Dundee, Scotland.  She currently lives in Cowes with her two children.  She started sailing in a kit boat built by her father at Loch Ard Sailing Club, Trossachs.
Shirley won her first Olympic medal in Sydney 2000 (Europe Class) and then Athens in 2004 (Yngling Class).
She was named female World Sailor of the Year by the International Sailing Federation in 2000 and was awarded an MBE in 2000 and OBE in 2005.
In 2006 she became the main presenter of Mainsail, a CNN Monthly programme devoted to sailing world.  She has also presented for BBC South TV and has hosted Scotland’s sports Saturday programme and presented Grandstand.
She also enjoys dancing, films, cycling and being with friends.