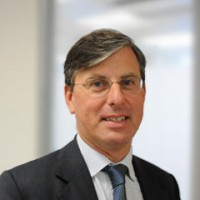 Patrick is the younger son of the late 4th Baron Mottistone, who was Lord-Lieutenant (1986-1995) and Governor (1992-1995) of the Isle of Wight.
Patrick spent much of his early childhood on the Island visiting his grandmother and family and then coming to live here full-time with his parents from 1975.  He bought his first house in 1989 in Brook and in 1998 Dunsbury Farm which he ran together with his wife Susannah.  Their three children went to school initially on the Island and have been brought up with the Island as their home.
Patrick and Susannah have passionately supported a range of activities in their local community including the local Church, the RNLI, farming, horse-riding, and sailing.  Patrick has been a Governor of Hordle Walhampton School, a Director of Cowes Week Limited, and was a founder Director of the Royal Yacht Squadron Isle of Wight Foundation.  He retains an active interest in yachting and education.
Patrick was educated at Trinity College, Cambridge (MA in History) and INSEAD, Fontainbleau, France (MBA).
After initially training as an Industrial Engineer for Schweppes Limited he went into the City and over time specialised as a corporate finance adviser to technology companies.  He is currently Managing Partner and a co-founder of a US-based firm called Mooreland Partners which specialises in mergers and acquisitions for technology companies.
Patrick is using his financial and City expertise to advise the Isle of Wight Council’s Infrastructure Transport Group.